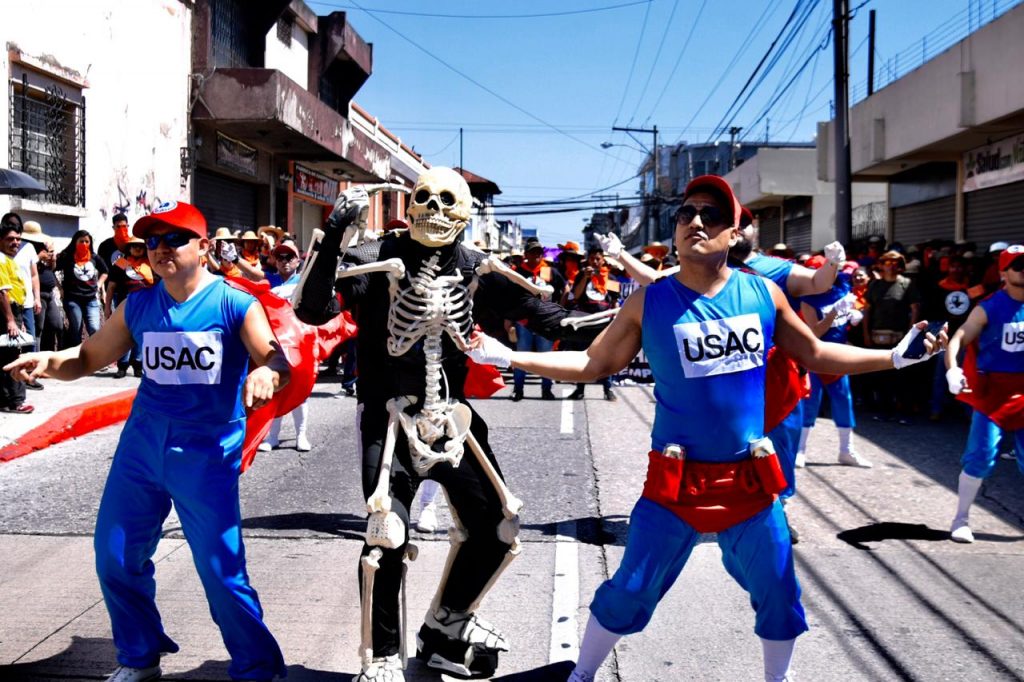 In Guatemala, 'La Huelga de Dolores' '('The Strike of Dolores') is a traditional protest by students of the University San Carlos de Guatemala. It takes place every year on the Friday before Semana Santa.

The Friday before Semana Santa is known as 'Viernes de Dolores' hence the name 'La Huelga de Dolores'. This protest has a non-religious and social significance and remembers all the pains the people of Guatemala have suffered. The idea of the protest is to creatively be the voice of those who have no voice. To express the cries for justice using slogans, mockery and popular language. It is also a form of entertainment for many Guatemalans. 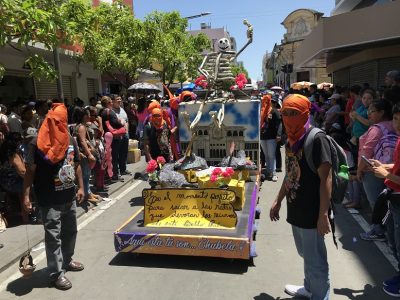 The protest was first started on April 1, 1898 in Guatemala City when the then President, Manuel Estrada Cabrera, gave the population more freedom for expression. Therefore the students of San Carlos took advantage of the new freedom and formed a protest to pressurise the government into improving primary schools. The students created satirical demonstrations to criticize and mock public officials, politicians, the military and certain citizens from Guatemalan society.

In 1921, students of mainly law and medicine formed a song that represented their protest. One of the students involved was the renowned Nobel Prize winner, Miguel Ángel Asturias. This war song, which is called 'La Chalana', is against the injustices of the government, church and upper class. The word 'chalana' is synonymous with people who sell in the market and cattle and are good sales people. In general it is not a negative word. However, in the context of the song it is negative because it is saying institutions - government, church, military - are sales people and the people of Guatemala are the cattle.

In that same year, the painter and medical student Hernán Martínez Sobral created the famous skeleton known as 'La Chabela'. La Chabela leads the parade and is a symbol of mockery and satirical criticism of the socio-political problems of Guatemala. 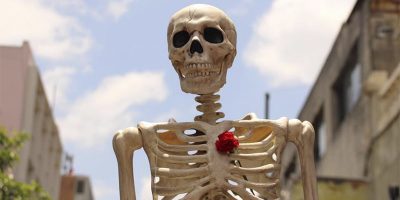 Learn more about our cultural tours in Guatemala today!

View all posts by phiroza marker →